Hey everyone! This is my mainly-fandom LJ for Teen Wolf, MCU, Once Upon a Time, Orphan Black and a few others. I was off LJ for a bit but I'm returning because I love a few of the femslash communities we have here. All of my fics can be found on my AO3 page here, and it includes way more of my fics that are not affiliated with any LJ events. All of my fics posted on LJ will be posted to Ao3. My Fic Rec List is simply an LJ-friendly version of my Ao3 bookmarks page, which can be found here.

Any and all questions can be directed to my LJ inbox, or at my Tumblr. I'm currently in the process of transferring my fic recs from LJ to Tumblr, so I hope you'll forgive my messy LJ page in the next few weeks. 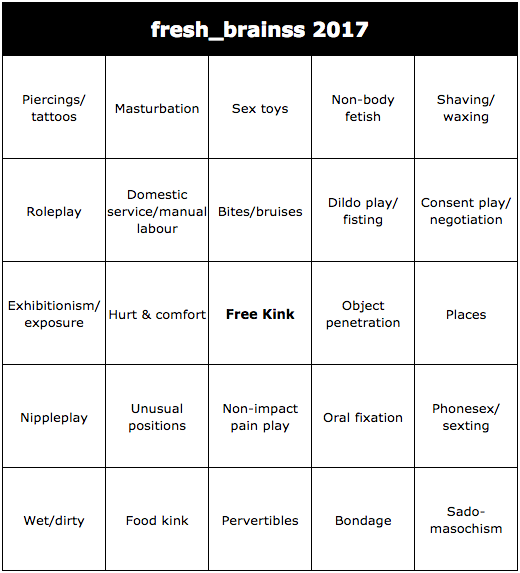 Hello, lovely femslash writer! It's that time of year again! I'm so excited to be a part of this exchange once more. Included in this letter is a general outline of stuff I enjoy and stuff I'd rather not get as well as fandom and pairing-specific ideas to get the creative juices flowing.

Here are some fandom and ship-specific ideas. I hope they inspire you!

I remember in an interview with either Ashleigh or Madelaine that they said Cheryl and Josie's friendship was almost "political," like they needed each other's influence/popularity to rule the school. I'd love to see that calculated friendship blossom (pun intended) into something with real feelings, even if both girls try to resist it.

I'm so in love with the Josie/Veronica/Reggie dance club scene and the heart-to-heart that follows. I don't mind a poly ship with the three of them, but I'd still want the focus to remain on the ladies. Josie and Veronica seem to be the same type of girl at heart--they have big dreams and long term goals, but they still want to be happy in the now.

I'm such a sucker for teenage flashbacks with the parents. I get the vibe that Hermione and Mary were more rivals than besties in high school, so I'd love to see how that trope could be made more original.

These two would have such an interesting dynamic in high school. With what small bits we get from canon, we can tell they both had huge personalities as teens, and seeing those clash would be amazing.

Sierra McCoy is another character I wish we saw more of! She's a woman who wants to remain on top of the food chain--and Hermione is a woman who is seeing herself slowly slipping. I love the idea of two scheming, power-hungry women using each other as a means to an end.

Fantastic Beasts and Where to Find Them (movies)

I'm in love the idea of bubbly, warm Queenie bringing out the softer side of powerful, stoic Madam Picquery. They are two very unique female characters who could really compliment each other. They're also so aesthetically lovely next to each other with Queenie's pink dresses and Seraphina's somber robes, so I've requested fan art for this ship as well.

Imagine exactly what Mantis would feel after touching Natasha for the first time. There's a lot of room for angst in this ship, but Mantis could also be a therapeutic character for Natasha and allow her to feel all those bottled-up feelings.

There's a lot of room for plotty goodness and post-GotG vol. 2 headcanons. They are both women who are trained for war in different ways. How could their paths cross again?

Jane wants to know everything about the world around her, but Gamora lives each day just trying to survive. I could see tension arising between them--knowledge vs. action, seeing vs. doing.

These are three women who are such total human disasters that they would need each other to survive. This can be humorous--Heather just wanting her girlfriends to chill already--or rather serious--the girls not knowing how to deal with Rebecca's mental illnesses right away. They make great friends in the show, but adding a romantic element would be even better.

Oh, the angst to be had between these two! At the end of the series, Debbie says they're not there yet, but I think it will definitely happen in season two. There's too much history between them.

These two are both so irresistably adorable. They show innocence and naivete in different ways. I love how their relationship has grown and wish we could've seen more of them together.

If you like the ships but aren't feeling the prompts, no worries! Here are some of my favorite femslash-oriented tropes, AUs, etc. that always make me smile.

These prompts are all from Drabble Tag 5!

Hello, fellow writer! Thank you for taking the time to check out my letter, and thank you for writing for me. While I am a longtime lurker in the YoI community, I have never dipped into writing for it, so this is exciting all around.

I hope that doesn't sound like too much! Many of these probably wouldn't even come up, and none of them are SUPER hard limits...I just wouldn't prefer any of them as a central theme. I also have no aversion to underage!Yuri, but if you want to age him up, that's completely your choice. Anything is fine with me!

Since you are probably matched on a specific ship, I'll save you the reading and outline some specific prompts/ideas for each ship!

Ever since I saw some fan art on Tumblr for these three, I can't get them out of my head. Isabella is seen as a haughty character with a hidden heart of gold, so I bet she out of anyone could get Yuri to loosen up a little bit. And Jean-Jacques is just happy to be here!

They are such polar opposite personality types! Mari is laidback, crynical, and "alt" while Minako is outgoing and very disciplined. They probably see each other nearly every day, but we don't get much canon interaction between them. Their snarky banter and intimacy would be amazing.

It took me a long time to warm up to Lilia, but she's just the kind of female character I usually end up adoring--she's made of stern stuff, but she's incredibly dedicated and caring. I'd love to see her and another disciplined, talented ballet instructor like Minako making a life together.

We pretty much only see Mari interact with Hatsetsu folks (+ Yuri), so I'd love to see her get to know someone outside her hometown. And Mila's been pretty insulated with training as well, so she deserves a sweetie who exists outside the skating/ballet sphere.

I feel like the skaters tend to stick together, even when they don't all necessarily "like" each other, so I'd love to see Mila and Sara as the dynamic duo who give Isabella the ice queen treatment (pun intended) before realizing how much they really like her.

I love the dynamic possibilities among three such strong personalities. Otabek's quiet strength, JJ's star power, and Yuri's hot-head tendencies would make for an explosive relationship on all fronts.

None of these ideas/prompts doing it for you? No problem! Here are some general tropes/AU's/kinks I always enjoy no matter what.

For this Drabble Cycle, I've chosen Riverdale. I'm excited to get these ladies involved in some tropey fun!

Hello there, fellow smut writer! I'm so excited to be sharing this letter with you! I'm hoping this will be a helpful guide for whatever delicious dirtiness you are willing to cook up for me.

I usually begin these letters with some brief AUs/tropes/DNWs I normally go for, but since this is such a specific challenge, I'll keep it brief.

Here are some specific ideas for each fandom/pairing. If I don't say I don't want something, go for it--seriously! My kinkiness knows no bounds. Creative filth is my lifeblood.

Here are a few general things about my fic interests. I read anything from G-rated fluff to the smuttiest of smut. I love AU's so much, especially historical--50's, noir, hippies, Victorian, regency. Any and all historical AU's are amazing. I also like college, musician/punk, werewolf, and tattoo shop AU's. Arranged marriage as a trope is a guilty pleasure, and slow courtships/chaste romances always make me smile. If you're feeling kinky, I love dom/sub, age differences within age of consent, sugar mommy agreements, mating/bonding rituals, consensual humiliation, dirty talk, sharing clothing, spanking, edging, and menstrual sex. All of these kinks go for all pairings, and with this exchange, feel free to utilize any of them if any of my specific ideas don't click with you.
My only trigger is vomit, but I have a few squicks--non-con/dub-con, slavery themes, whips/canes (painplay/discipline not involving those is totally fine), gags, blindfolds, forced feminization, and sensory deprivation. As for AU's, I'm not a fan of soul mates, bodyswap, prison, or prostitution.  I'm also not fans of relationships where one person is obviously into the other person way more--mutual affection is important to me. First-person POV isn't my favorite, either.
Without further ado, here are my fandoms and pairings as well as my wishlist for each one!